BBC Creative mark the return of Dracula on the BBC with two specially built posters.

In honour of the bloody legend from Transylvania, the billboard utilises shadow art and stakes to create a silhouette of Dracula’s face that appears as darkness falls, whilst a ‘break in case of vampires’ box has also been erected to create extra fear and excitement.

The posters are on display in both London and Birmingham. 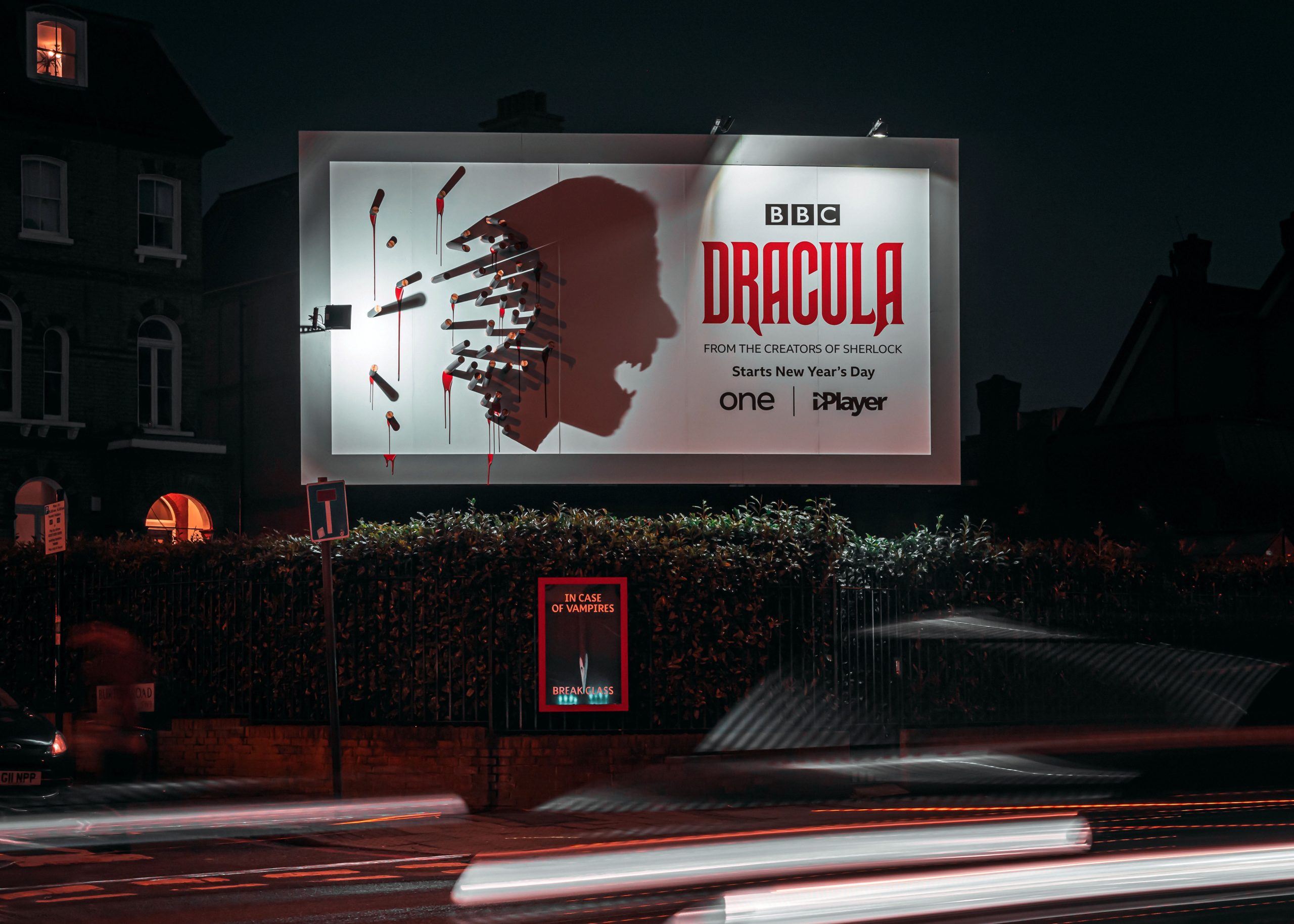 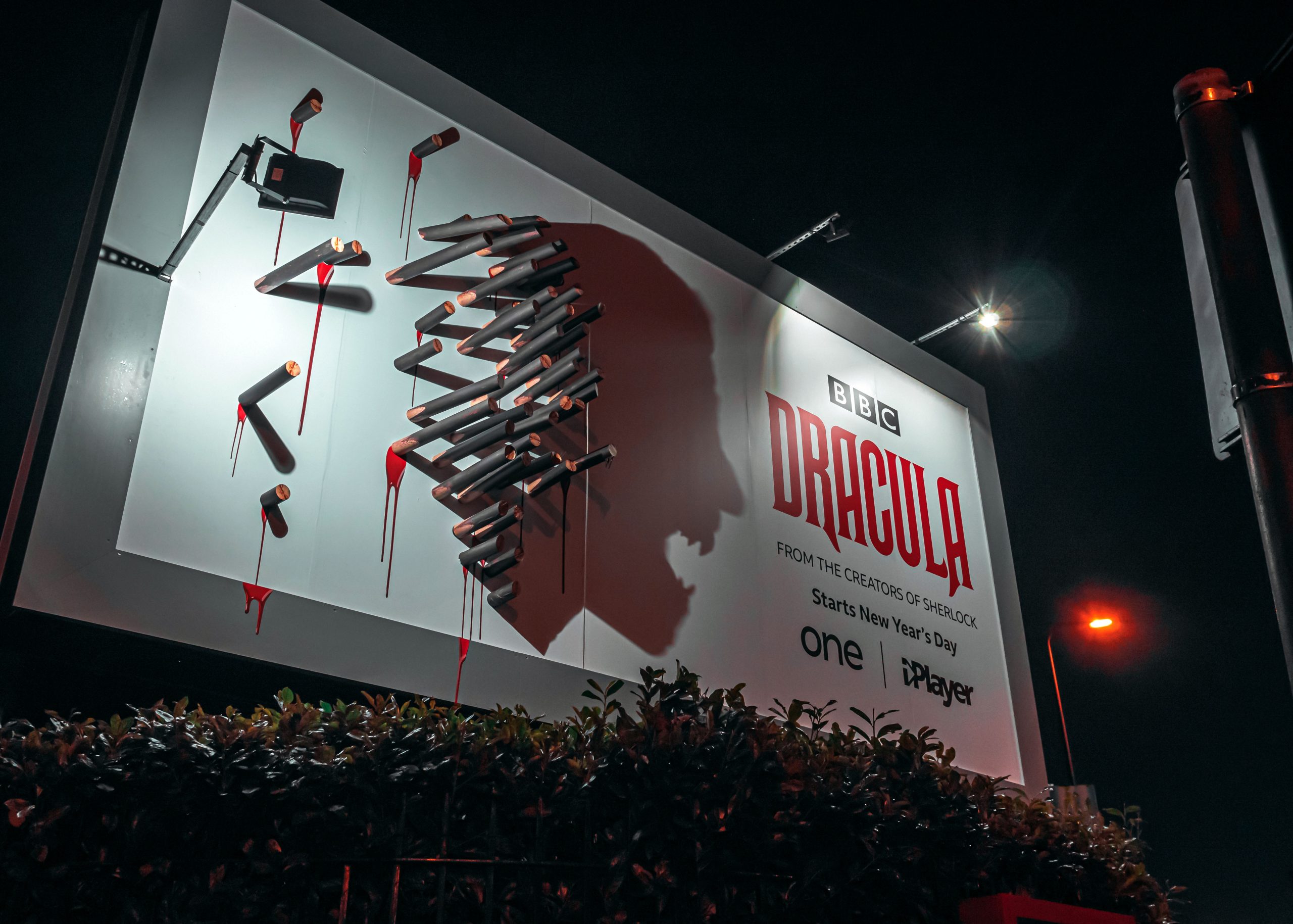 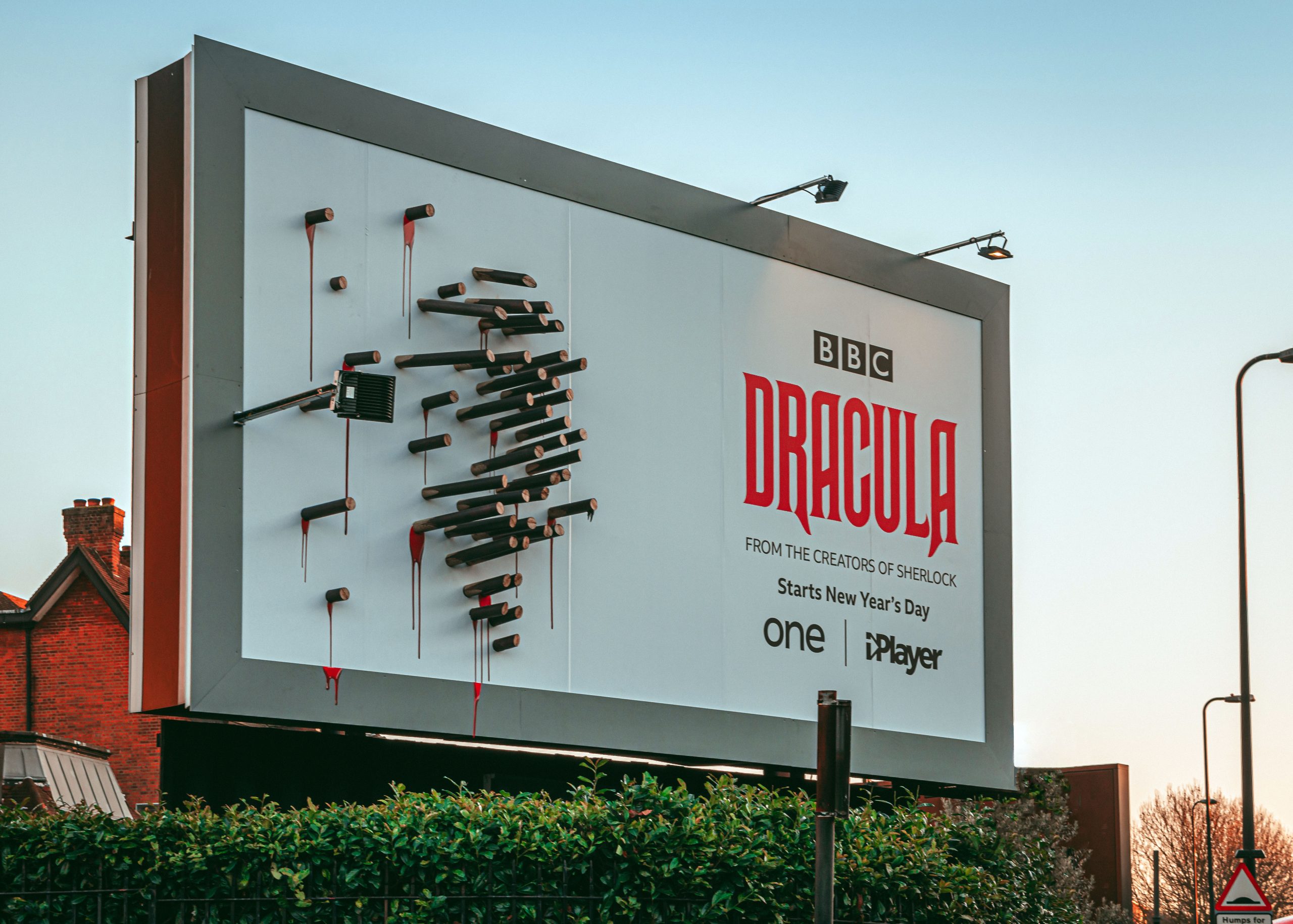